Spanish Screenings is a program for the internationalization of Spanish cinema that receives a new boost in 2022-2023, with more diversity of content and a greater volume of activities.

It grows to adapt to the new challenges of the audiovisual industry and does so thanks to the budget allocation framed in the Recovery, Transformation and Resilience Plan to strengthen Spain's role as Europe's audiovisual HUB. Thus, with the Ministry of Culture and Sport through the ICAA, and the Ministry of Economic Affairs and Digital Transformation through ICEX, this event adopts a new format to become 'Spanish Screenings XXL, an international market for Spanish audiovisual production’.

We promote high-quality Spanish film projects and co-productions that enhance Spanish cinematographys' talent, favouring the exchange and generation of new projects in a framework of interaction and business, and contributing to strengthening the entire value chain of the Spanish audiovisual industry.

The Spanish Screenings action is developed around four pillars: Content (already celebrated at the Malaga Festival), Financing & Tech (held on the San Sebastian Festival), On Tour (itinerant actions at strategic events and territories) and 360 (active market throughout the year). In an increasingly pluralistic audiovisual industry, Spanish Screenings is committed to the diversity of content, formats and origins, seeking maximum representation and commitment to innovation.

An initiative in constant evolution, which incorporates the transversal axes of equality, sustainability and transparency; and new strategic lines of work -animation, remakes, literary adaptations, musical composition for audiovisuals- which are incorporated to other pre-existing ones -news, auteur cinema, upcoming premieres, WIPs, co-production forum, Regional Hub - .

Spanish Screenings is at once a stimulus, a lever for change and a catalyst for Spanish talent abroad, with year-round activities at strategic national and international festivals. New formulas in a constantly changing audiovisual context that are committed to creating a new fabric and emphasize the promotion of emerging talent. 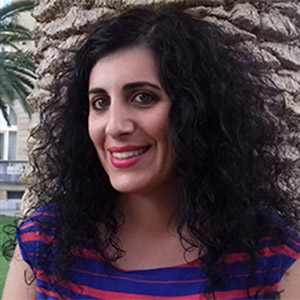